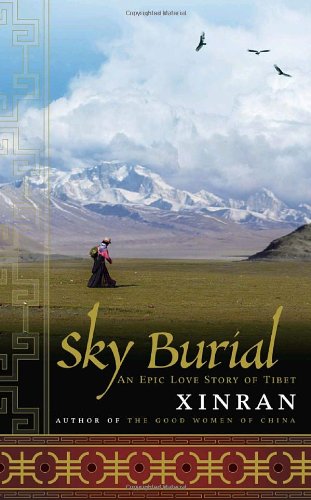 Inspired by a brief 1994 interview with an aged Chinese woman named Shu Wen, Beijing-born, London-based journalist Xinran ( ) offers a delicately wrought account of Wen's 30-year search for her husband in Tibet, where he disappeared in 1958. After less than 100 days of marriage, Wen's husband, Kejun, a doctor in the People's Liberation Army, is posted to Tibet and two months later is reported killed. Stunned and disbelieving, 26-year-old Wen is determined to find Kejun herself; a doctor also, she gets herself posted to the isolated Tibetan area where Kejun had been. There, as one of the few women in the Chinese army, she endures much hardship and rescues a Tibetan noblewoman named Zhuoma. After being separated from her fellow soldiers in the wake of an ambush by Tibetan rebels, Wen, accompanied by Zhuoma, sets off on a trek through the harsh landscape. Years later, after going native with a tribe of yak herders, Wen learns the circumstances of Kejun's death and understands that her husband was caught in a fatal misunderstanding between two vastly different cultures. Woven through with fascinating details of Tibetan culture and Buddhism, Xinran's story portrays a poignant, beautiful attempt at reconciliation. .