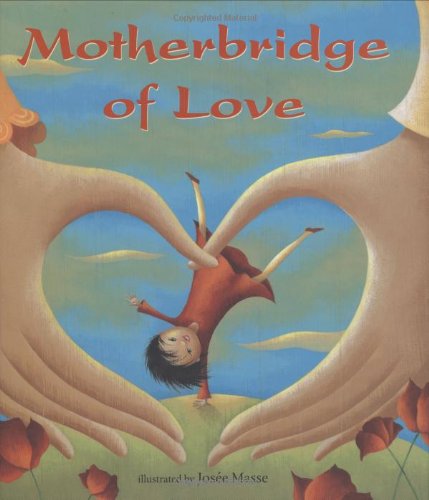 This book shares its name with a London-based organization dedicated to promoting greater understanding of Chinese life and culture among adoptive families in the West. The text, credited to an anonymous adoptive mother, takes the form of a series of heartfelt, parallel musings about two women “who never knew each other” but who are central to a sprightly Chinese girl. “The first one gave you life; the second taught you to live it.... One found a home for you that she could not provide, the other prayed for a child; her hope was not denied.” Masse ( ) echoes this dreamy lyricism with gently surreal illustrations rendered in a texture like shot silk. Her treatment of the birth mother merits particular interest: on some spreads, she portrays the woman relatively realistically, carrying water in her village or gazing down at her pregnant belly. But in other spreads, the mother is transformed into a benevolent spirit; readers will notice her Asian features in the moon that shines down on the adoptive mother and child, and even in the mountain that the pair traverse during a hike or in a dramatic sky. It's a risky artistic choice, but Masse pulls it off in an understated way that offers comfort and encouragement to parents and children. A portion of the proceeds benefits Mother Bridge of Love. Ages 4-10.