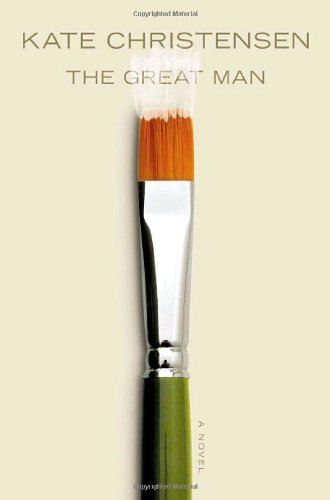 This penetratingly observed novel is less about the great man of its title than the women Oscar Feldman, fictional 20th-century New York figurative painter (and an infamous seducer of models as well as a neglectful father), leaned on and left behind: Abigail, his wife of more than four decades; Teddy, his mistress of nearly as many years; and Maxine, his sister, an abstract artist who has achieved her own lesser measure of fame. Five years after Feldman's death, as the women begin sketching their versions of him for a pair of admiring young biographers working on very different accounts of his life, long-buried resentments corrode their protectiveness, setting the stage for secrets to be spilled and bonds to be tested. Christensen ( ) tells the story with striking compassion and grace, and her characters are fully alive and frankly sexual creatures. Distraction intrudes when real-world details are wrong (the A-train, for instance, doesn't run through the Bronx), and the novel's bookends—an obituary and a book review, both ostensibly from the —are less than convincing as artifacts. In all, however, this is an eloquent story posing questions to which there are no simple answers: what is love? what is family? what is art?