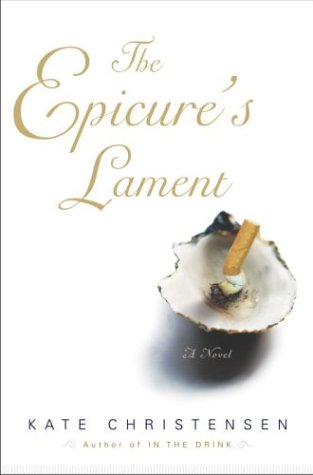 Christensen's two previous novels ( ; ) were delightfully believable, sympathetic contemporary narratives filled with wry humor and appealing protagonists. Here she ups the ante, with loftier literary aspirations and succeeds masterfully. As a young man, Hugo Whittier dreamed of being a published poet and essayist. Now 40, with a string of failures behind him, he sits self-exiled at Waverly, the family home on the Hudson River, dryly churning out autobiographical notebooks while smoking fast and furiously enough to ensure his rapid, inevitable demise (he is suffering from Buerger's disease, "almost certainly terminal in patients who keep smoking"). Christensen keeps the entire work moving briskly with delicious sardonic wit ("More and more, as I contemplate my death, it strikes me as vital in some way to hedge my bets. These fragments here... I leave in lieu of a life's work, a series of achievements") as well as infectious, detailed references to M.F.K. Fisher's food writing and essayist Michel de Montaigne, who is the novel's chief inspiration. Throughout, narcissistic, put-upon Hugo is pulled into the lives of others, mostly family members, who suddenly descend upon him and disrupt his otherwise placid, predictable existence: the wife he hasn't seen in 10 years who seeks reconciliation, the on-the-verge-of-divorce older brother, the violin-playing 10-year-old who may or may not be his daughter, his "Fag Uncle Tommy" and even a hit man originally hired to kill him during his wild young gigolo, drug-dealing days. All have gravitated to the family residence by the novel's end, providing him with substantial material for meditations on art, God, pedophilia, justifiable homicide and his obsession with sex, among other topics. It all works because Christensen has created in Hugo an altogether appealing, irascible antihero, along the lines of Grady Tripp in Michael Chabon's or Doug Willis in David Gates's . This is an impressive tome, one that tickles the funny bone and feeds the mind.