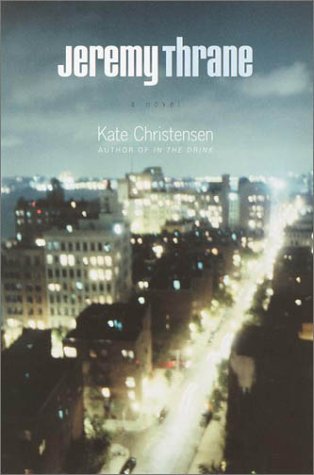 Two years after her well-received debut, Christensen () delivers a knockout sophomore effort, once again set against the backdrop of a glitteringly grungy downtown Manhattan. As the novel begins, 35-year-old pretty boy Jeremy Thrane lives in the top -floor apartment of a gorgeous Gramercy Park townhouse otherwise inhabited by Hollywood star Ted Masterson, Ted's even hotter actress wife and their adopted daughter. Jeremy, long Ted's secret lover, has been employed as the actor's "archivist" for years, but his free ride is about to come to an end. Unceremoniously dumped by the media-wary Ted, Jeremy must abandon his apartment and take a thankless nine-to-five job; on the bright side, he is finally inspired to finish his decade-in-the-making novel, a revenge fantasy based on the life of his deadbeat Marxist father. Christensen corrals a flawed cast of characters with a sure and compassionate hand, among them Jeremy's mother, a successful poet; his sister, a junior rock star; his best friend, a chic artist addicted to heroin; and a physically repellent gay-porn editor who has been in love with Jeremy since high school. Chistensen's sumptuous prose is both wicked and wise, resulting in a smart, sassy urban tale. Her wit is as acerbic as ever, but the laugh-out-loud humor of her first novel has been exchanged for something darker and more provocative. Young, hip readers will be pleased by this stylish endeavor and will agree that Christensen is establishing herself as an edgy chronicler of the Naked City and its struggling inhabitants.