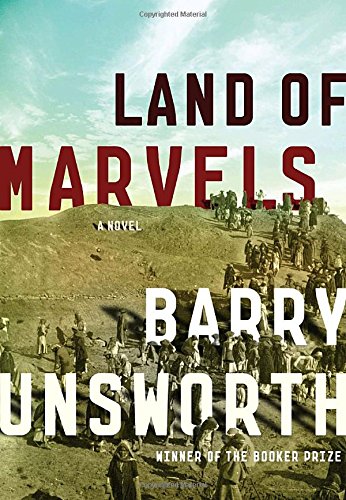 Booker Prize–winning Unsworth ( ) sets his intelligent and timely new book in Mesopotamia during the spring of 1914, just before the chaos of WWI. John Somerville, a British archeologist desperate for fame, worries that his new discovery, an ancient tomb, will be compromised by the construction—funded by Germany—of a new railway line. At the excavation site, Somerville’s wife, Edith, wonders if her marriage has fizzled, especially after the arrival of Alex Elliott, a handsome American posing as a geologist but secretly searching for new sources of oil. Meanwhile, Jehar, an Arab confidence man, brings often fabricated messages to Somerville, warning him that the Germans are quickly approaching. The tension between the players—all eager to claim rights to what the land provides—builds toward a violent, unexpected finale. In elegantly modulated prose, Unsworth creates a tapestry of ambition and greed while, at the same time, foreshadowing the current conflict in the region.