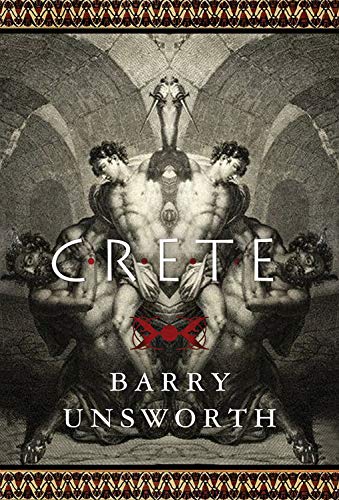 Booker Prize–winning novelist Unsworth ( , etc.) travels with his wife to the ancient island of Crete, where, according to the Greeks, "everything began." The island's history is gruesome due to centuries of occupation by Venetian, German and Turkish conquerors, so Crete can "sometimes seem a patchwork of stories, from primal myth to heroic legend, to the embroideries of local gossip." Just as the "Cretans love stories," so does Unsworth, and on visiting the wonders of the island—the "holy cavern of Psychro" (the supposed birthplace of Zeus), the gorges of Samaria and Therisso, the Lasithi Plateau—he infuses his narrative with historical facts, mythic lore and a deep appreciation for nature. His keen understanding of history and legend also illuminates his visits to the island's churches and monasteries, and particularly the ruined palace at Knossos, where the hero Theseus was said to have defeated the "monstrous Minotaur." A reverence for Crete's flora and fauna pervades Unsworth's exacting prose ("the scrub glows with a soft burnish, flame-colored, forming a landscape almost too beautiful to be quite believed in"), and he often couples these descriptions with sadness over Crete's invasive, oppressive tourism industry. The people of Crete, Unsworth notes more than once, are "of great spirit and generous hospitality [but also possess an] implacable vindictiveness," often still upholding "blood feuds" that originated centuries ago. Despite Unsworth's bouts of melancholy and occasional frustrations, the author's thoughtful journey eventually finds peace and comfort in "the vitality and warmth of the people and the unfailing charm of the landscape."