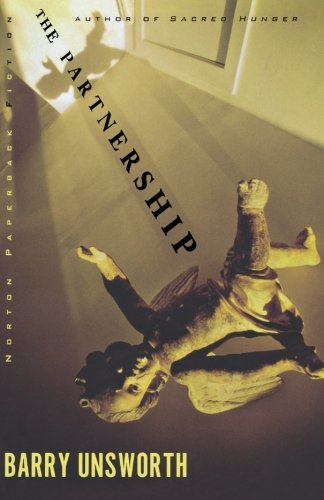 The inner lives and secret loves of plastic pixie manufacturers animate the drab backstage of the tourist trade in Booker Prize–winner Unsworth's (; ) eloquent but predictable first novel, written in the 1960s but published only now in the U.S. Foley, a self-absorbed ex–photographer's model, and his stodgy, repressed housemate, Moss, run a cottage industry producing pixies for the gift shops of the Cornish coast, where they live. Foley dreams of one day expanding into the more rarefied niche of gilt–cherub making, and keeps a surreal, shrine-like room filled with prototypes. Meanwhile, he spends his time alternately attempting to seduce Gwendoline, a big-boned, perpetually nonplussed local girl, and fending off the attentions of Barbara, a randy, middle-aged summer visitor. Moss, on the other hand, seems to have few ambitions or desires other than to keep churning out pixies and to maintain the status quo. But when Moss meets Max, the aging kept man of a famous actor, he is emboldened by Max's flamboyance to confront his own sexuality and reexamine his partnership with Foley. Unsworth renders the psychology of his characters with precision; he is especially articulate when narrating the tactical psychological ploys beneath the surface of casual conversation. But despite their complexity, and with the exception of Graham, a hilariously misanthropic painter, the characters are lifeless and unsurprising. Similarly, the novel is rife with delightful descriptive passages, biting reflections on the cynicism of the tourist industry, and iconic symbols—pixies, cherubs, plaster skulls, a ram who has starved to death while stuck in a bog—whose effects are hamstrung by the ponderousness of the plot. Read as a first novel, it shows great promise, but that promise has already been realized. All but the most diehard Unsworth fans may want to wait for his next mature effort.