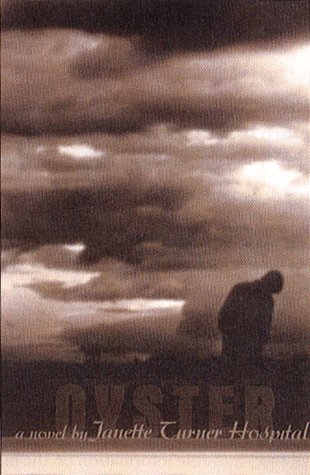 A rank, festering smell hangs over the desolate Australian Outback town of Outer Maroo, so isolated that it can't be found on any map of Queensland. The smell, which the town's wary inhabitants call Old Fuckatoo, is engendered by the corpses of animals dead in the lingering drought--and something more mysterious and horrible, ""the feral stench of hate."" Dreadful events, carried out under the mandate of religious fundamentalism, have occurred here , but no one dares to refer to them, or to the charismatic cult leader who called himself Oyster and whose acolytes worked like slaves mining opals and serving Oyster's insatiable sexual appetite. Oyster and his followers disappeared in a wave of violence unleashed by evil Dukke Prophet, a member of the churchgoing community of the Living Will, and ever since, no strangers have been allowed into town to look for their missing loved ones. The Bible-quoting, hypocritically sanctimonious Prophet deposed the Living Will's mild pastor and demanded fire and brimstone in the name of salvation. Prophet, a lecherous rancher named Andrew Godwin and the proprietor of the town's only pub are making millions in illegally traded opals while cowing the town's inhabitants and accumulating massive armaments. Armageddon beckons. Part of the seductive power of Hospital's novels (The Last Magician; Charades) lies in her practice of constructing the plot in a series of interlocking narratives, like an intricate jigsaw puzzle. Here, much of the action is filtered through the thoughts of Mercy Givens, the young daughter of the deposed pastor. Mercy's precocious but innocent mind resists the full meaning of the brutal acts that finally engulf the community. She and the others in the beautifully observed cast of characters--a schoolteacher doomed because she tells the truth, the parents of two missing cultists, an Aborigine woman, two of society's outcasts who have tried to forget their pasts--gradually reveal the terror of people held under the iron fist of religious fanaticism. As the chilling truth becomes more clear and as the suspense mounts, Hospital creates her most powerful and dazzling novel to date. In sensuous prose, feverish with the cadences of mystery and doom, sometimes hallucinatory but always meticulously controlled, she spins a story eerie in its timeliness and credibility. (Mar.)
close
Details