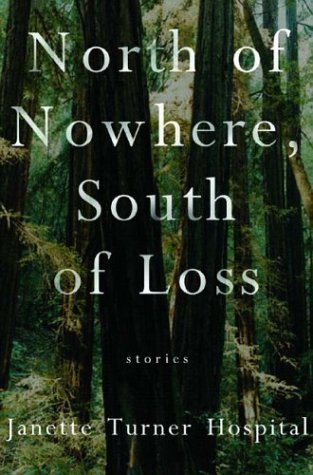 The Australian rainforest and the humid American South are the suffocating backdrops for most of these brooding, densely lyrical 14 stories by Hospital ( ; ; etc ). "For Mr. Voss or Occupant" begins with a feeling of foreboding, as Laura White moves herself and her daughter into a house that may be haunted by the very real presence of its former occupant, and ends abruptly with a foreshadowed but still shocking conclusion. A set of four connected stories explores the relationship of Philippa and Brian, friends since childhood in Brisbane. Philippa, an artist, frequently slips into flights of fancy from which Brian, a rational scientist, calls her back. In "Unperformed Experiments," Philippa dreams of Brian and worries that he is in trouble. In "Cape Tribulation," Philippa's nightmares are realized as Brian, worn down by overwork, succumbs to a world of hallucination, populated by ideas and fantasies that could well have been borrowed from Philippa. "And now this comeuppance: he is having her nightmares." Hospital's trademark focus on interior thoughts can be wearing, but welcome relief is provided by dialogue-rich stories such as the lively "Frames and Wonders," which follows a photographer and his lover on a chase through an ancient forest as he tries to capture her in photographic images. These short stories unfold like poems, compact and mysterious, with clues buried within.