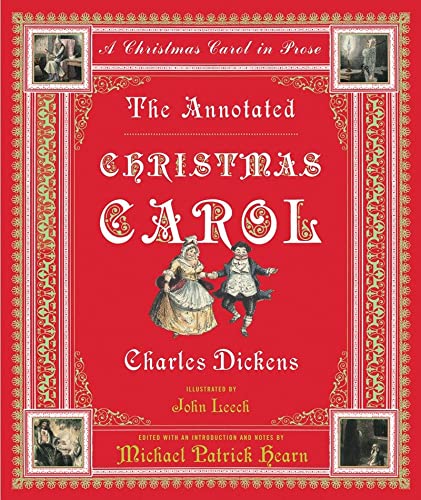 THE ANNOTATED CHRISTMAS CAROL: A Christmas Carol in Prose

For many people in the 21st century, Dickens's has come to define what "keeping Christmas" should look like. And according to Michael Patrick Hearn's superb introduction to this annotated edition of Dickens's beloved classic, that was precisely the author's intention. Dickens feared that encroaching industrialism undermined the traditional values of family, faith and simplicity, and that killjoy Puritans had done away with many of the pleasures of Christmas, so he set out to revive old-fashioned English customs. Hearn's introduction grandly describes the story's enduring popularity around the world (including Dickens's irate but mostly ineffectual attempts to stem the tide of its plagiarism). The annotated edition is enriched by numerous wood etchings, including some from the original 1843 art by cartoonist John Leech. Old Scrooge himself would approve.