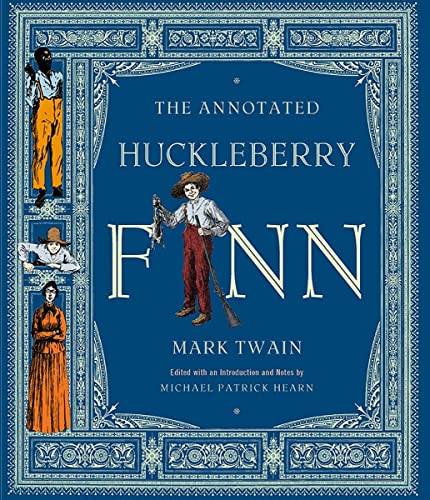 Hearn, who edited for Norton's Annotated series, has taken on that formative fiction of American culture, —a seemingly transparent work that, as presented in Hearn's exhaustive research, harbors linguistic complexities worthy of an Eliot or a Joyce. In his long introduction, Hearn chronicles 's publishing history, from its on-again, off-again composition, to Twain's stormy relationship with his publishers, to the book's embattled trip to the printer (trailing censorious editors in its wake) and its instant success on the market. Hearn offers a thorough cataloguing of the book's critical reception and many controversies, an ample pinch of biography, a lengthy analysis of dialect and a fairly sketchy historical background. The notes themselves (presented alongside the text) are eclectic, sometimes charmingly so: we learn what a huckleberry is, and a sugar-hogshead, and how corn pone is made. Huck's vast repertory of Southern superstitions is carefully glossed, and Hearn wisely includes quotes about the book from Twain (who could scarcely open his mouth without saying something funny) whenever possible. The notes go overboard in their extensive translation of the book's idiomatic speech (readers probably don't need "powwow" defined and can figure out for themselves that "hoss" means horse). On the whole, Hearn supplies interesting information with a light touch—possibly too light in the last third of the book, which seems more thinly annotated than the beginning. Restored passages not seen in the original appear in the appendices. Though a stronger anchor in cultural history could have made this volume better, this liberally illustrated and beautifully designed book offers many pleasures for the general reader.