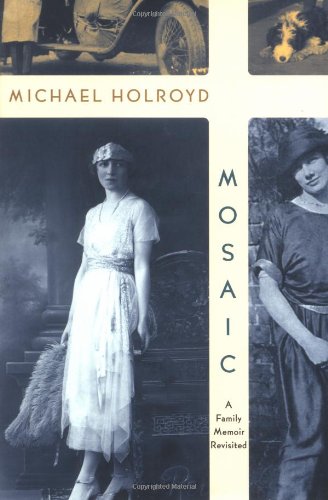 In 1999, British biographer Holroyd ( , ) published his memoir , and devoted readers wrote him letters with testimonies and memories that both enhanced and contradicted the careful family history he'd attempted to write. Now, Holroyd delves back into his family's past to "fill one more gap," resulting in a "requiem... a love story... a detective story, [and] finally a book of secrets revealed." However, revisiting his history a second time around does nothing to relieve the author's difficult moral dilemma: how does one respect a family's privacy while attempting to accurately render their lives? Holroyd spends most of the book delving further into the shadowy pasts of his grandmother (who was the mistress of French anarchist Jacques Prévert), mother and aunts, and into his own roller-coaster love affair with a colorful and passionate writer named Phillipa Pullar, whose "moods lurched and swerved violently, unaccountably—she swallowed purple hearts, anti-depressants, sleeping pills, all mixed with alcohol." Many of his recollections are fascinating portraits of individuals coming of age in the early 1900s, though readers unfamiliar with may tire of the lengths to which the author goes to uncover the minutiae of what may seem like "extravagantly humdrum people." Illus. not seen by .