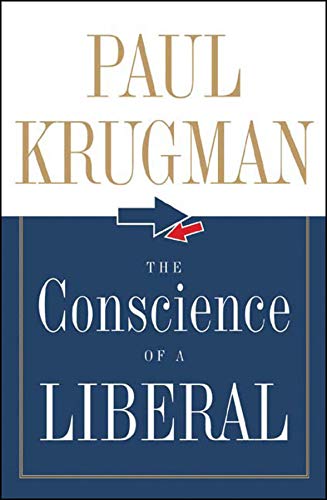 The Conscience of a Liberal

Economist and columnist Krugman's stimulating manifesto aims to galvanize today's progressives the way Barry Goldwater's did right-wingers in 1964. Krugman's great theme is economic equality and the liberal politics that support it. “America's post-war middle-class society” was not the automatic product of a free-market economy, he writes, but “was created... by the policies of the Roosevelt Administration.” By strengthening labor unions and taxing the rich to fund redistributive programs like Social Security and Medicare, the New Deal consensus narrowed the income gap, lifted the working class out of poverty and made the economy boom. Things went awry, Krugman contends, with the Republican Party's takeover by “movement conservatism,” practicing a politics of “deception [and] distraction” to advance the interests of the wealthy. Conservative initiatives to cut taxes for the rich, dismantle social programs and demolish unions, he argues, have led to sharply rising inequality, with the incomes of the wealthiest soaring while those of most workers stagnate. Krugman's accessible, stylishly presented argument deftly combines economic data with social and political analysis; his account of the racial politics driving conservative successes is especially sharp. The result is a compelling historical defense of liberalism and a clarion call for Americans to retake control of their economic destiny.