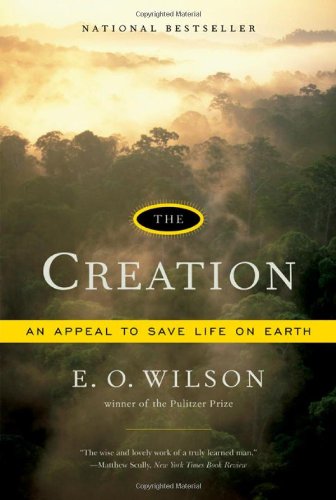 The Creation: A Meeting of Science and Religion

With his usual eloquence, patience and humor, Wilson, our modern-day Thoreau, adds his thoughts to the ongoing conversation between science and religion. Couched in the form of letters to a Southern Baptist pastor, the Pulitzer Prize–winning entomologist pleads for the salvation of biodiversity, arguing that both secular humanists like himself and believers in God acknowledge the glory of nature and can work together to save it. The "depth and complexity of living Nature still exceeds human imagination," he asserts (somewhere between 1.5 million and 1.8 million species of plants, animals and microorganisms have been discovered to date), and most of the world around us remains unknowable, as does God. Each species functions as a self-contained universe with its own evolutionary history, its own genetic structure and its own ecological role. Human life is tangled inextricably in this intricate and fragile web. Understanding these small universes, Wilson says, can foster human life. Wilson convincingly demonstrates that such rich diversity offers a compelling moral argument from biology for preserving the "Creation." Wilson passionately leads us by the hand into an amazing and abundantly diverse natural order, singing its wonders and its beauty and captivating our hearts and imaginations with nature's mysterious ways. 25 illus.