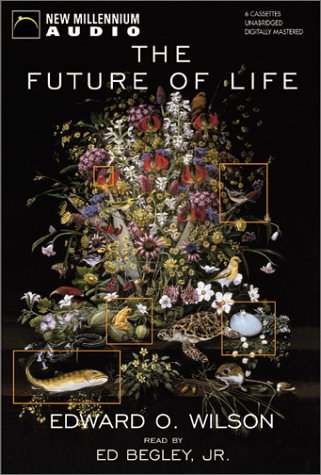 The bad news: biodiversity is the key to saving our planet, and in the comparatively short time that humans have inhabited the earth, we have "accelerated the erasure of entire ecosystems and the extinction of thousands of million-year-old species." The good news: it may not be too late to reverse the process. Wilson (), a Harvard University professor and two-time Pulitzer Prize winner, now offers a manifesto loaded with astounding stories (e.g., the cutting of the last tree of a species that had been discovered to contain a chemical that stopped the effects of AIDS) and terrifying statistics (e.g., to keep up with humanity's projected growth, we will need the resources of four Earths). What's the cost of biodiversity? Wilson spells it out from both an environmentalist's point of view and businessman's (with dollar amounts cited). Happily, it's economically wise to secure the biodiversity we have left. Begley's reading carries the pragmatic air of a scientist with a naturalist's soul. Without being cold, he states facts, figures, numbers and dates, and without being preachy he delivers Wilson's plea soberly and emphatically, wholly reflecting the latter's prose.