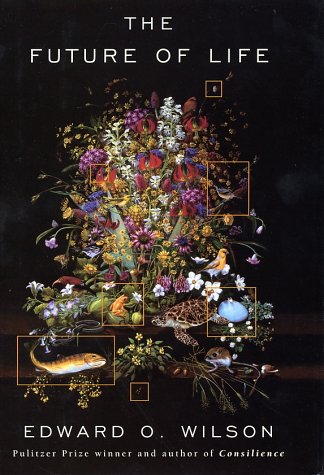 Legendary Harvard biologist Wilson (; ; etc.) founded sociobiology, the controversial branch of evolutionary biology, and won the Pulitzer Prize twice. This volume, his manifesto to the public at large, is a meditation on the splendor of our biosphere—and the dangers we pose to it. In graceful, expressive and vigorous prose, Wilson argues that the challenge of the new century will be "to raise the poor to a decent standard of living worldwide while preserving as much of the rest of life as possible." For as America consumes and the Third World tries to keep up, we lose biological diversity at an alarming rate. But the "trajectory" of species loss depends on human choice. If current levels of consumption continue, half the planet's remaining species will be gone by mid-century. Wilson argues that the "great dilemma of environmental reasoning" stems from the conflict between environmentalism and economics, between long-term and short-term values. Conservation, he writes, is necessary for our long-term health and prosperity. Loss of biodiversity translates into economic losses to agriculture, medicine and the biotech industries. But the "bottleneck" of overpopulation and overconsumption can be safely navigated: adequate resources exist, and in the end, success or failure depends upon an ethical decision. Global conservation will succeed or fail depending on the cooperation between government, science and the private sector, and on the interplay of biology, economics and diplomacy. "A civilization able to envision God and to embark on the colonization of space," Wilson concludes, "will surely find the way to save the integrity of this planet and the magnificent life it harbors."