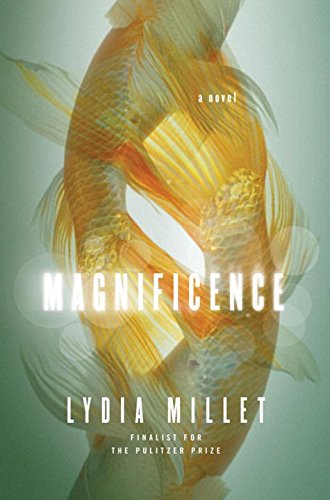 Suddenly alone after the death of her husband, Susan Lindley is unmoored in Millet’s elegant meditation on death and what it means to be alone, even when you’re not, in this companion piece to How the Dead Dream and Ghost Lights. When Susan’s boss, T., goes missing in a Central American jungle, her husband, Hal, flies down to find him, a “generous” gesture that Susan sees as an “excuse to get away from her” after an “unpleasant discovery, namely her having sex with a co-worker on the floor of her office.” But when T. appears alone at the airport, bearing news that Hal has died in a mugging, Susan takes her husband’s death as “the punishment for her lifestyle.” Susan’s prickly, paraplegic adult daughter, Casey, who recently traded college for phone sex work, slips into a grief that “seemed to be shifting to melancholy,” which doesn’t help Susan assuage her guilty conscience; nor does the closeness of the relationship that begins to bud between Casey and T. But into the mourning comes an unexpected ray of light: Susan’s great uncle, whom she only vaguely remembers, wills her an enormous Pasadena estate overrun with taxidermy. Every room is filled with all manner of exotic beasts, divided into “themes.” Surprising everyone, including herself, Susan moves in and the taxidermy menagerie becomes a comfort, a way to bring order to a chaotic world, particularly when angry relatives come calling. A dazzling prose stylist, Millet elevates her story beyond that tired tale of a grieving widow struggling to move on, instead exploring grief and love as though they were animals to be stuffed, burrowing in deep and scooping out the innermost layers. Agent: Maria Massie, Lippincott Massie McQuilkin. (Nov.)
close
Details