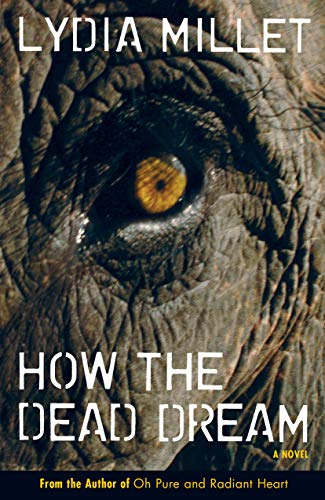 How the Dead Dream

Millet proves no less lyrical, haunting or deliciously absurd in her brilliant sixth novel than in her fifth, the acclaimed . As a boy, T. keeps his distance from others, including his loving but vacant parents, preferring to explore his knack for turning a dollar. Before long, he's a wealthy but lonely young real estate developer in L.A. Just after he adopts, on impulse, a dog from the pound, his mother shows up and announces that T.'s father has left her. His mother, increasingly erratic, moves in; meanwhile, T. finally meets and falls in love with Beth, a nice girl who understands him, but a cruel twist of fate soon leaves him alone again. As his mother continues to unravel, T. finds unexpected consolation in endangered animals at the zoo, and he starts breaking into pens after hours to be closer to them. The jungle quest that results, while redolent of and , takes readers to a place entirely Millet's own, leavened by very funny asides. At once an involving character study and a stunning meditation on loss—planetary and otherwise—Millet's latest unfolds like a beautiful, disturbing dream.