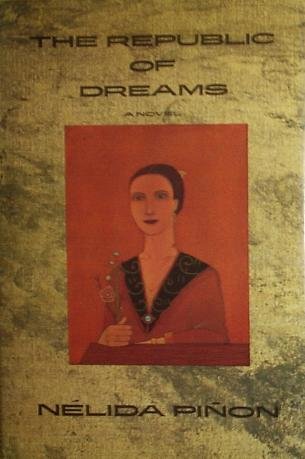 The Republic of Dreams

A major South American novelist's debut in English, this novel is a stupendous work, literature of a high order. Even Pinon's penchant for incomplete sentences, irritating at first, comes to seem right (are there subjects and predicates in dreams?). It's a four-generational family drama quite unlike the loping family sagas we are so accustomed to. The central figures, who give structure to this vast familial, sociological, psychological and political panorama, are Madruga, iron-willed, complex patriarch of the clan, who immigrated in his youth to Brazil from Spain, and his elderly wife Eulalia, dying as the story starts. The republic of dreams is Brazil--mysterious, cruel, sensual, not yet conquered imaginatively by its people, themselves an explosive mix of Americans, Europeans and Africans. The republic is also the human mind, wherein realities are shaped by dreams that stretch forward and backward. The story is of Brazil and Spain, winners and losers, the endless clashes of will between the soul-devouring Madruga and his extended family, and the shock of tragedy, the whole haunted by the insight that words never precisely correspond to feelings. Every page holds memorable observations. One example: ``Her ambition, smoldering in damp, half-closed eyes, corrupted everyone.'' The Amazonian plenitude of Pinon's imagination puts her in the category of genius. (June)
close
Details