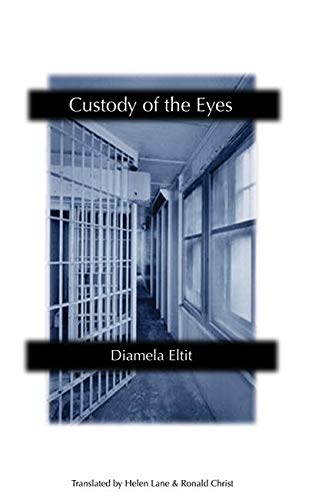 Custody of the Eyes

The mother of a troubled pre-teen boy gradually reveals her "state of collapse" in anonymous letters that she writes to an unnamed "you" in this 1994 novella from Chilean experimentalist Eltit ( ). The woman, too fearful to sign her letters, writes from the midst of a horrific Santiago winter during the Pinochet dictatorship. Her addressee emerges, over the course of several missives, as the father of her son; she believes the man to be collaborating with authorities and neighbors in Stasi-like spying and denunciations. When she takes in homeless families who would otherwise perish, the narrator is gripped with the thought that "you" thinks she is taking in lovers, thus sealing her "case" before the shadowy court that, it seems, will judge her. Eltit creates a voice trapped, hysterically, in paranoia and desperation. Framed by several pages of the son's even creepier monologue, this is an elliptical, Kafkaesque cry of utter terror. It is one the last books worked on by late translator Lane, and the first of Lumen's Helen Lane editions.