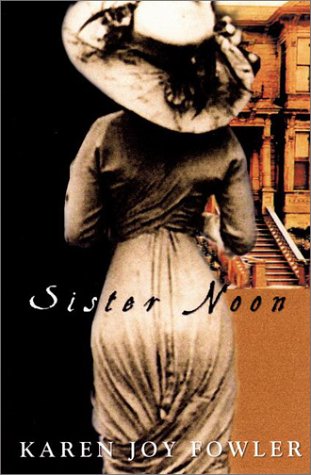 Subtle undercurrents of race and class propel this intriguing novel laden with historic fact and fancy, mystery, voodoo, frontier rough-and-tumble and turn-of-the-century social conventions. The characters rooted in this rich, exotic loam are an unforgettable crop. In 1890s San Francisco, Lizzie Hayes is a 40-year-old spinster, the well-born volunteer treasurer of the Ladies' Relief and Protection Society Home, familiarly called the Brown Ark because of its "shipwrecked, random air, like something the tides had left. In this respect, it matched the fortunes of most of its residents." One day, the notorious, fascinating and possibly dangerous Mrs. Mary Ellen Pleasant arrives at the door of the Brown Ark with a girl, Jenny Ijub, a disturbing and winsome child, perhaps four years old, rumored to be the daughter of a mother buried at sea and an unknown father, though Lizzie suspects he could be rich and thus a valuable resource for the Home. Every character's tale is complicated, unpredictable and often engrossing. Mrs. Pleasant, for instance, is a former slave (or is she?), wealthy as a railroad baron, charitable, a witch and a legendary cook. Still beautiful at 70, she is a purported dealer in underground markets where sex, opium and even murder are for sale. Fowler (; ) moves her principals through time and space seamlessly and gracefully, and exquisitely renders San Francisco as it grows from outpost to city. The temporal shifts and the unreliability of some characters' histories may be temporarily disorienting, but readers who bear with Fowler will be handsomely rewarded.