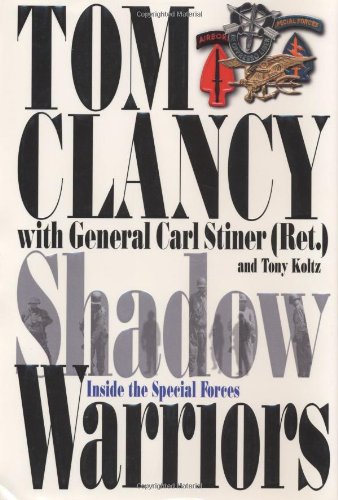 This is the third volume in Clancy's series presenting modern war from the perspective of its commanders. Here the focus is on special warfare: Rangers, SEALs, Delta Force, the Green Berets and other less familiar organizations. Stiner headed the newly created Special Operations Command during the Gulf War. His experiences and Clancy's investigations combine to describe how the perennial outsider troops became frontline insiders. Many of the book's anecdotes from the 1950s and '60s support an image of a special operations community not exactly at war with the army, but trying to establish parameters for what its advocates considered a new approach to war, incorporating military, political and social elements under military control. Following about 40 pages on Vietnam, the second half the book takes us through accounts of the pinpoint strikes on the hijacked cruise ship , two operations in Panama and Desert Storm activities that included Scud missile takedowns. The book ends with a 10-page chapter on September 11 and its aftermath, and appendixes on Special Ops Command history and "Leadership." Readers looking for an up-to-the-minute account of the ways and means of the war in Afghanistan will not find it here, but the plethora of insider history and firsthand operation specifics—from insertion to "exfiltration"—up to the early '90s will please the historically minded.