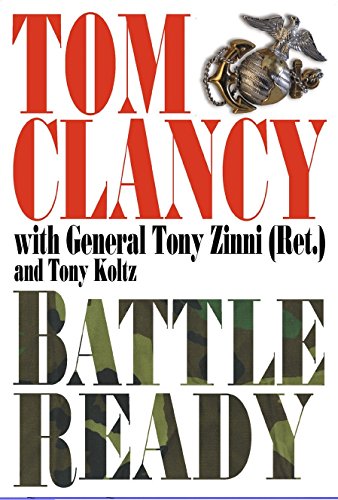 "In the lead-up to the Iraq War and its later conduct, I saw at a minimum, true dereliction, negligence, and irresponsibility, at worse, lying, incompetence and corruption." So says former U.S. Central Command commander in chief Zinni, who retired in September 2000 and has been outspoken ever since regarding the uses and abuses of the U.S. military. This book is the latest of Clancy's nonfiction Commanders series, which has previously featured collaborations with Gen. Fred Franks Jr. of the army, Gen. Chuck Horner of the air force and Gen. Carl Stiner, formerly U.S. Special Operations commander. As in those books, Clancy gives adequate background on his subject and his subject's context, then quotes him liberally, consigning tens of pages at a time to Zinni's italicized first-person reflections. Beginning the book with the 1998 CentCom-coordinated attack on Saddam Hussein (the unfortunately named Operation Desert Fox), Clancy and Zinni next move through 150 or so pages of Zinni's service as a Philadelphia-born (in 1947) Marine infantry officer during Vietnam and his racially charged Headquarters and Service stint on Okinawa in the early '70s. The book then flashes forward to the end of the Cold War and steams along from there, with details on Zinni's European command service, including 1990 meetings with a recently de-Sovietized Russian army and support operations during the Persian Gulf War. Zinni joined CentCom just in time for the Somalia debacle, and he is candid about its failings. Over the next years, Zinni traveled widely in parts of the world that were obscure to the U.S. then (Pakistan, Central Asia), but are central now, and played cat-and-mouse with Saddam regarding weapons inspections all through the late '90s. But it is Zinni's 24-page closing statement, "The Calling," that will sell the book to nonbuff civilians, summing up his service and the ways in which he feels his generation's legacy is in jeopardy.