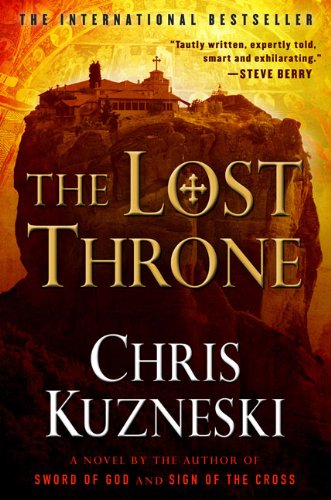 When the bodies of seven headless monks are found on the rocks below a Greek mountain monastery, Nick Dial, head of Interpol's homicide division, investigates in Kuzneski's fourth novel to feature ex–Special Forces warriors Jonathon Payne and David Jones (after ). Meanwhile, Payne and Jones are in St. Petersburg, Fla., when Payne receives a phone call from a frightened American woman, Allison Taylor, in St. Petersburg, Russia, who says her boss, a wealthy antiquities researcher, has just been shot dead there. Payne flies to Russia to rescue Allison. Both of these plots eventually join as all involved head off to find a mysterious lost artifact, now known to be one of the Seven Wonders of the Ancient World. Despite the silly, juvenile banter between Payne and Jones as they go about the business of killing bad guys and the book's weak denouement, readers will find the Greek setting a refreshing change after the usual Rome and Jerusalem venues of many such religious thrillers.