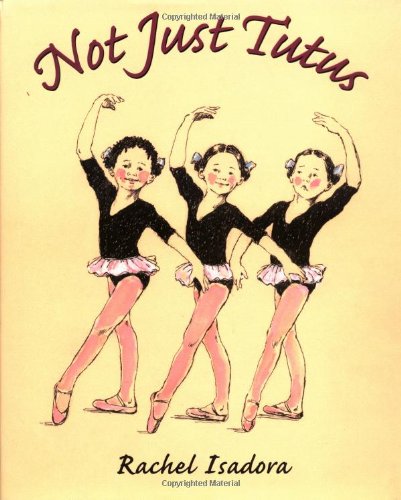 Isadora returns to the themes she explored in her Lili books, but with less success, as she spotlights young ballet dancers in this roundup of rhymes and pen-and-ink and watercolor wash illustrations. Organized into two sections, "Dreams and Practice" and "Makeup and Lights," the occasionally humorous but often bland four-line ditties star a cast of children preparing for a performance and eventually appearing onstage. The author, who began dancing at the age of eight, conveys the gritty as well as the glamorous sides of the ballet world—focusing on such dilemmas as coping with throbbing feet ("Blisters, bunions/ So many corns/ Look at my feet/ They're sprouting horns"), dizziness while turning and an ill-fitting costume—before describing the joy of leaping into the air to the sound of applause. Though some of the verse captures very real moments ("Oh no, stage fright/ I don't want to go/ I'm scared but I'll smile/ So no one will know"), other snippets are strained (e.g., as a girl washes out her practice clothes in a sink: "I wash my stuff/ Hour after hour/ Till there's no place/ To take a shower." More consistent and convincing are the volume's graphics, which portray not only the positions at the barre but the emotions and energy of the young dancers. Budding balletomanes will most appreciate this study of practice and presentation. Ages 5-up.