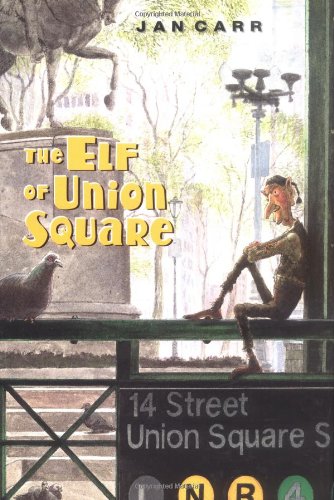 THE ELF OF UNION SQUARE

Hiram, the crotchety old elf in Carr's ( ) debut novel, calls a flagpole in the center of Union Square (in New York City) his home. Dismayed as "his" park sprouts friendly playgrounds, farmers' markets and dog runs, he decides to slowly sabotage the amenities, in hopes of driving the people away First he scatters dog poop along the sidewalks in the mornings, then he greases up the playground equipment so the children will fall and hurt themselves, then he organizes a swarm of rats to rain down on the farmers' market. Everyone acts or reacts in extreme fashion—mothers virulently protest park conditions, the commissioner of parks screams at his subordinates and a reporter for the writes a major story about the unfolding drama. The reporter eventually teams up with a fifth-grade boy (who, not coincidentally, has an attractive single mother) to investigate more closely, just as Hiram solidifies his alliance with the park rats. Everything about the plot is over the top, but the characters are a bit too thin and the pace a little too staid to carry off so much absurdity with aplomb. The likeliest audience for the story is those who know Union Square firsthand. Ages 8-up.