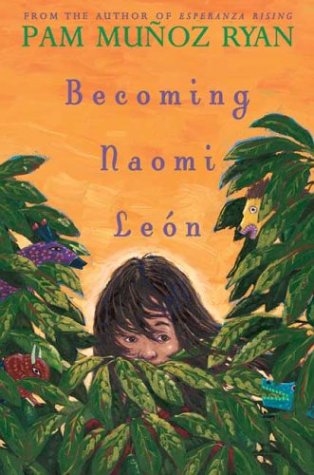 Fifth-grader Naomi's great-grandmother has been a loving guardian for Naomi and Owen, her handicapped brother, since their mother divorced their father and abandoned them in Lemon Tree, Calif., seven years before. When the children's mother, Skyla, makes a sudden reappearance, she wants Naomi to leave Gram and Owen to move to Las Vegas—and Gram fears that Skyla and her new boyfriend have ulterior motives. "What locked the possibility of catastrophe in my mind, was that Gram and Fabiola were going to miss , and was going to mess up their 744 nights-in-a-row record," Naomi thinks. Feisty Gram takes action: she and Fabiola and her husband, who hail from Oaxaca City, Mexico, and who knew the children's father, take the children and embark on an odyssey of sorts, in search of their father at Oaxaca's annual radish-carving festival. Once again, Ryan ( ) crystallizes the essence of settings and characters through potent, economic prose. Through Naomi's first-person narration, the author gently captures the girl's simultaneous attraction to and wariness of her mother with Naomi's first impression: "I couldn't take my eyes off her lipstick. It was the exact same color as her hair and went up and down in a perfect rounded on her top lip." And the heroine's skill with carving connects her to her father long before they finally meet. Sharing her protagonist's love of language, artistic sensibility and keen sensitivity, Ryan creates a tender tale about family love and loyalty. Ages 8-12.