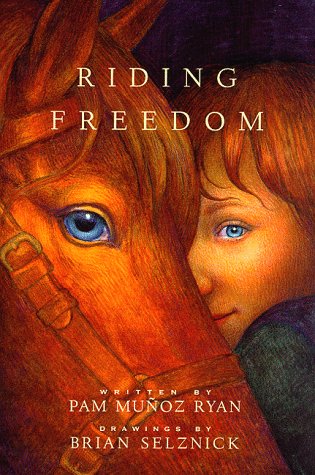 The true story of Charlotte ""Charley"" Darkey Parkhurst, a woman who lived her life disguised as a man so she could be a stagecoach driver, is the basis for this ebullient and tautly structured novel. Charlotte, a girl who ""couldn't sew a stitch and didn't know a petticoat from a pea pod,"" does have a deep respect and a sixth sense for horses. When the head of her New Hampshire orphanage tells her she's banned from riding because she's a girl, she disguises herself as a boy, runs away to Worcester, Mass., and secures a job as Mr. Ebeneezer's stable hand. He takes ""Charley"" under his wing, teaching her to be the finest horseman and the best coachman in the state. As she guides her coach across the countryside, she tells her passengers, ""I know my horses by heart and I'm not one for bad drivin', so hold tight!"" Along the way, she encounters a wealth of characters, some good (Hay, her orphan friend; Vern, a freedman who tends the orphanage stables) and some bad (Mr. Millshark, the orphanage head), but all fully realized by Munoz (Armadillos Sleep in Dugouts). Eventually, the heroine moves West, suffers a blow to her left eye that earns her the name ""One-Eyed Charley,"" realizes her dream of owning her own property and, still disguised as a man, votes in the 1868 California presidential election--now recognized as the first woman ever to vote in the U.S. With a pacing that moves along at a gallop, this is a skillful execution of a fascinating historical tale. Selznick's drawings, which have an ""American Gothic"" feel, highlight the dramatic moments. Ages 8-12. (Feb.)
close
Details