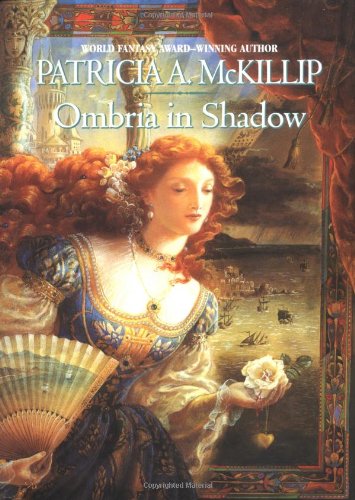 Harking back to some of her earliest works (namely ), McKillip offers up a ghostly tale of human emotions gone astray in a city that lives and dies in endless cycles. Greed, despair, grief and avarice have all taken their toll on the once-beautiful city of Ombria, but it is the death of its prince that pushes it over the edge into darkness and shadow. Several key players participate in this particular procession of dying and rebirth: Kyel Greve, the new prince-to-be who is too young to rule but old enough to feel the despair of those around him; Lydea, the dying prince's lover who feels the weight of the city resting on her shoulders; Ducon Greve, the bastard prince who sees and feels the change happening but is in no position to alter the coming darkness; Domina Pearl, the sorceress who is pushing the city even further on its path of destruction; and Mag and Faey, two mysterious women who hold some of the past, present and future of Ombria inside them. In tone more gothic horror than straight fantasy, this somber novel lacks a clear protagonist, each character being more intent on finding his or her own path than fighting any clear battle. But the fine prose is nothing less than what one would expect from a World Fantasy Award winner, while the detailed portraits of the dying city coupled with the gloomy attitude of its citizenry are quite chilling.