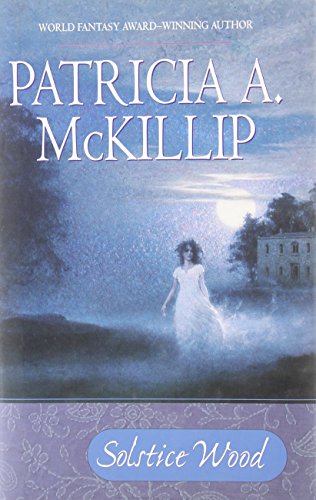 World Fantasy Award–winner McKillip revisits the setting of her masterful novel (1996) in this compelling contemporary fantasy. Summoned home for her grandfather's funeral, Sylvia Lynn arrives with the intention of leaving as soon as possible. Once there, however, she feels the treacherous pull of the old house, the shadowy forest around it and the otherworldly beings who live there. Sylvia's grandmother introduces her to the Fiber Guild, women who meet once a month to sew the magical barriers that protect Lynn Hall from the fay, "a cold, loveless, dangerous people." But the hall's protective magic has weakened, leaving Sylvia—both mortal and faery herself—vulnerable as "the bridge across the boundaries" between the two worlds. Can generations of mistrust and long-hoarded secrets yield to a truce, let alone a new understanding and even trust between faery and human? Though McKillip has traded her usual lyrical style for a sparser approach, she doesn't stint on characterization, mood or mystery in this multilayered tale.