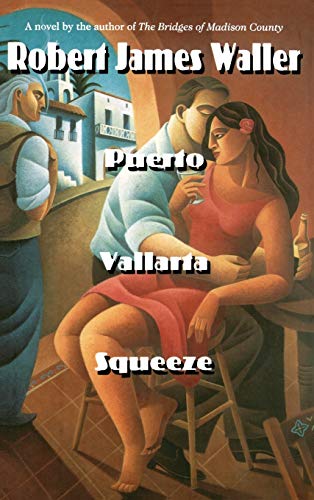 Lighting out for new territory but going badly astray, Waller (Border Music) mixes his usual conceits with the outlines of a thriller. Looking for inspiration and a cheap place to live off his dwindling royalty check, over-the-hill writer Danny Pastor has come to Puerto Vallarta, Mexico, where he spends most of his time having steamy sex with Luz, a young peasant notable for her sordid past as a prostitute, her dreams of one day reaching El Norte and her obscene way of eating ice cream cones. The book opens with Danny witnessing the murder of an American naval officer; later that same night, he and Luz run into the killer in a bar. The ""shooter"" (which is how he is identified for most of the novel) offers Danny $3000 to drive him to the border, and Danny, sniffing material for a book that could remake his name, agrees. As the narrative progresses, it is the ``silver-haired'' shooter, Clayton Price, who emerges as the Waller hero, a man who honed his skills as a sniper in Vietnam, was captured and tortured by the Vietnamese and who became an assassin largely, we gather, out of loneliness. That particular problem is eventually solved by Luz, who teaches the shooter to dance (among other things). Meanwhile, various branches of the U.S. government are organizing a manhunt: the shooter, it turns out, had been working for a covert operations unit but had let his ``one personal vendetta'' get in the way of professionalism. As the trio make their way towards the border, they are slowly surrounded by a small army, allowing Waller several occasions to demonstrate his complete inability to write an action scene. These characters are flatter than cardboard, their situation is extremely unconvincing and the book is singularly devoid of suspense. But these weaknesses are nothing compared to the prose, which reads like an illiterate's imitation of Hemingway. Even the faithful may want to think twice about this one. Author tour; simultaneous Time Warner AudioBook. (Oct.)
close
Details