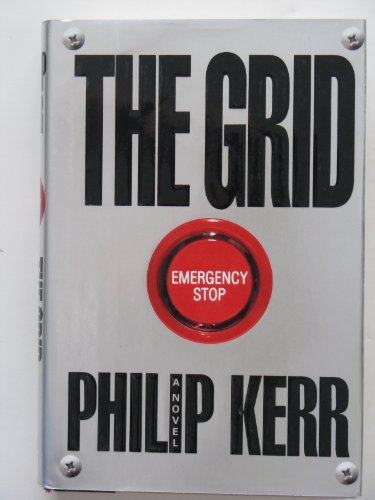 Computerphobia proves catching, and deliciously so, in Kerr's sixth thriller (after Dead Meat, 1994). Published last year in England as Gridiron, the novel made the London Sunday Times bestseller list and gained new prominence for its author, already well known as a ""Best Young Novelist"" on the Granta list. In L.A., within a new, omni-computerized building nicknamed the ""Gridiron"" because its crossbeamed structure resembles the markings on a football field, a computer expert is found slumped over his monitor, the apparent victim of an epileptic seizure. When a security guard is then discovered with his head crushed, two investigating homicide cops become trapped inside the totally automated building; so do the Gridiron's celebrated architect and his design team. They are now prisoners of the building's computer, Abraham, which can not only protect itself but can learn--and spawn future-generation computers. In fact, Abraham, reacting to a command to take it temporarily offline, has already metamorphosed through two generations, copying the programs of several combat and strategy computer games along the way. Now Ishmael is directing its chips toward protecting its ""castle"" from the ""humanplayers,"" whom it intends to kill off, one by one. Though Kerr plunders and combines several familiar story elements (e.g, the skyscraper as death trap, seen in Thomas N. Scortia and Frank Robinson's The Glass Inferno, and the runaway CPU with its shades of Hal in Arthur C. Clarke's 2001: A Space Odyssey), this mindbending thriller, sure and savvy, will make readers think twice the next time they enter a high-rise--and thrice the next time they boot up a computer.. Film rights to Polygram. (Apr.)
close
Details