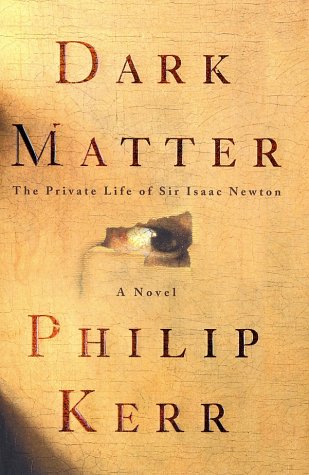 Holmes and Watson provide the template for this very satisfying historical thriller from Kerr (, etc.), with Sir Isaac Newton acting as great detective and one Christopher Ellis serving as narrator. It's 1696, and a series of murders are plaguing the Tower of London, where the middle-aged Newton has recently assumed (as in real life) the position of warden of the royal mint, with the younger Ellis (again as in real life) serving as his assistant. Like Holmes, the cold and cerebral Newton relies on rationalism—the scientific method—to solve the crimes, while Ellis, quick with sword, pistol and temper, brings the emotional counterweight provided by Conan Doyle's Watson. The murders are accompanied by esoteric clues, most notably encrypted messages and alchemical references, that spur Newton to their resolution as forcefully as does his intense sense of duty, for the killings seem to involve not only a plot to disrupt a recoinage necessary to continue England's war with France, but also a conspiracy to commit religious genocide against a backdrop of incessant tensions between Catholics and Protestants. The mystery elements of the novel provide a sturdy spine for the book's main flesh: its robust recreation of life at the end of the 17th century. Ellis's fluid narration sets the tone, illuminating a London beset by pestilence, poverty, whores and ruffians, noblemen grave or foppish, opium dens, brothels and grisly executions, and a bright array of historical figures including, in the role of blackguard, Daniel Defoe. There's an erotic/romantic subplot involving Ellis and Newton's niece, but the main focus is on the two leads. Both are well drawn, though Newton, ostensibly the novel's center, is less compelling than Ellis's full-blooded youth. That disparity, and an overly complex plot, are the drawbacks of what is, withal, a most gripping and well-appointed entertainment.