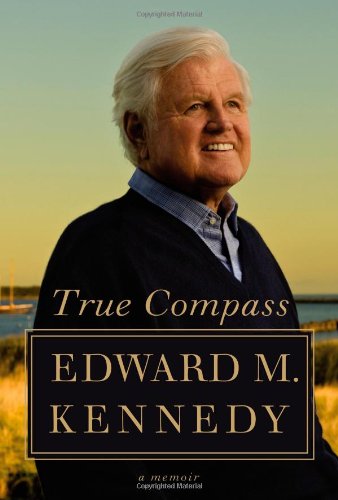 Of course, the recent death of Senator Kennedy adds an extra layer of poignancy, but this would be a welcome addition to the political memoir bookshelf under any circumstances. Drawing upon a series of oral history interviews, and with the help of Ron Powers (Flags of Our Fathers), Kennedy devotes more than half of the book to the first half of his life-growing up as the youngest of his generation, gaining a political education while touring the western U.S. for Jack's presidential campaign in 1960, clashing with Lyndon Johnson over Vietnam, and the heartache of Jack and Bobby's assassinations. After a brief section on Chappaquiddick, Kennedy tends to the anecdotal when discussing his political career from clashing with Nixon over Supreme Court nominations to campaigning for Barack Obama. (Recollections of courting his second wife, Vicki, bring a welcome spark of personal charm.) Some readers may feel there is not quite enough introspection-while acknowledging his first wife's alcoholism, for example, Kennedy glosses over his own drinking problems-but despite the firm line he draws in the sand about discussing his personal life, Kennedy's tone of contrition is sincere. When he was a child, Kennedy's father told him, ""You can have a serious life or a nonserious life."" He chose the former, and at the end, seems genuinely grateful not just for what that life gave him, but what it enabled him to do for others.
close
Details