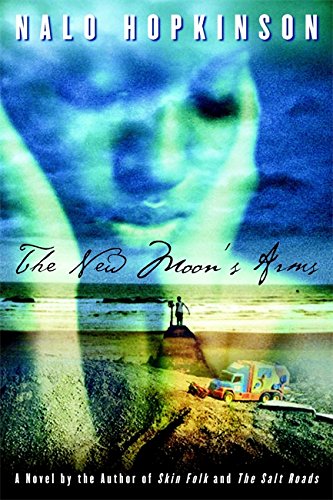 When an abandoned toddler appears on the shore of her Caribbean island home, Chastity Theresa Lambkin, aka "Calamity," becomes a foster mother in her 50s. Years previously, a one time, teenage experiment with a best friend unsure of his sexuality resulted in daughter Ifeoma. As Calamity, who narrates, now freely admits, Ifeoma bore the brunt of Calamity's immaturity, and their relationship still suffers for it. As Calamity relates all of this, things that have been missing for years inexplicably reappear, including an entire cashew tree orchard from Calamity's childhood that shows up in her backyard overnight. It could be island magic, or something much more prosaic. The rescued little boy's origins do have some genuinely magical elements (Calamity names him "Agway" after his foreign-sounding laughter), and Hopkinson's take on "sea people" and how they came to be adds depth and enchantment. Agway's presence, however, ratchets up the tension between Calamity and Ifeoma (who has a lovely son of her own, Stanley). Calamity proves emotionally adroit and winningly frank in a variety of situations (the men in her life have a preponderance of issues), and Hopkinson ( ) gives her story a sassy, loving touch.