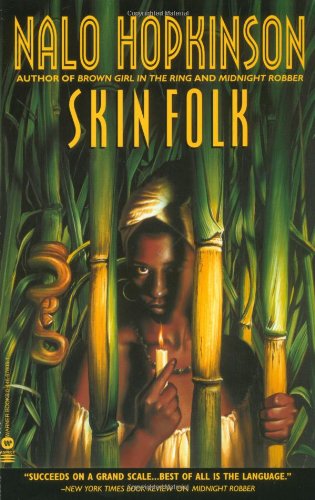 Caribbean folklore informs many of the 15 stories, ranging from fabulist to mainstream, in this literary first short-fiction collection from Nebula and Hugo awards–nominee Hopkinson (; ). Notable in the folk-tale vein is "Riding the Red," about Red Riding Hood, now a grandma, and her primal relationship with the wolf. Unlikable protagonists feature in several remarkable stories. In "Greedy Choke Puppy" a bitter woman discards her skin at night and kills children for their life-force. In "Under Glass," set in a postapocalyptic Earth scoured by glass storms, a girl caught outside during a storm realizes what it means to be too hard-hearted. Other stories celebrate life as characters learn to come to terms with what and who they are. In "A Habit of Waste," Cynthia, formerly black but now in a new, white body, brings food to an indigent man, only to discover that he has unexpected resources. "Slow Cold Chick" follows Blaise, the terrified owner of a rapidly growing cockatrice, as she gains the courage to speak her mind. Hopkinson implies that the extraordinary is part of the fabric of day-to-day life. Her descriptions of ordinary people finding themselves in extraordinarily circumstances ring true, the result of her strong evocation of place and her ear for dialect. Some stories meander, but underneath them all is a sure grasp of humanity, good and bad, and the struggle to understand and to communicate.