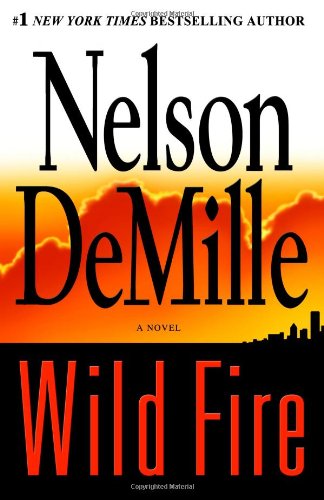 Set in October 2002, bestseller DeMille's can't-put-it-down fourth thriller to feature ex-NYPD detective John Corey (after 2004's ) involves an American right-wing plot to suitcase-nuke two U.S. cities. The idea is to provoke an existing government plan called Wild Fire that automatically responds to nuclear terrorism in the homeland with a nuclear attack that will wipe out most of the Middle East. That such a plan probably exists, according to an opening author's note, heightens the tension. Corey and his FBI agent wife, Kate Mayfield, set off to find antiterrorist agent Harry Muller, who has disappeared after being assigned surveillance duties at the Custer Hill Club, a rich man's hunting lodge in upstate New York. John and Kate are a wisecracking, affectionate, deadly duo, with a new resolve born in the tragedy of the World Trade Center bombing. This tour de force of relentless narrative power neither stops nor slows for twists or turns, but charges straight ahead in the face of danger.