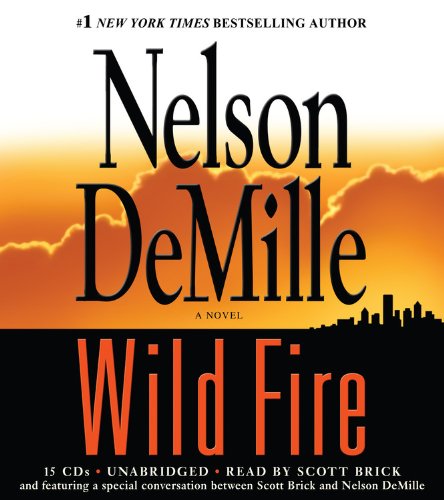 New York City police detective– turned–terrorist hunter John Corey and his FBI agent wife, Kate, head to the Adirondacks to investigate the murder of a fellow agent and, not coincidentally, to stop a right-wing madman from nuking two major American cities and starting World War III. In previous adventures, Corey has been a welcome reminder of the wise-cracking hard-boiled heroes of yore. Here he dances close enough to the edge of self-parody that a narrator unfamiliar with the earlier novels might have been tempted to employ the kind of insouciant smart-aleck approach that would have turned the character into a cartoon figure and flatlined the book's suspense. As Brick states in a 20-minute chat with the author, he's been a longtime DeMille fan and past narrator of two Corey adventures. Brick sees past the character's wisecracks, tempering his brags and brays with a humanizing hint of self-doubt, suggesting that purpose and simmering anger lurk beneath the glib nonsense. He's equally adept at catching the villain's upper class arrogance and Kate's controlled, no-nonsense approach to life. He can switch attitudes and voices in a split second. Brick turns the talky book into an entertaining and effective full-cast comedy-drama.