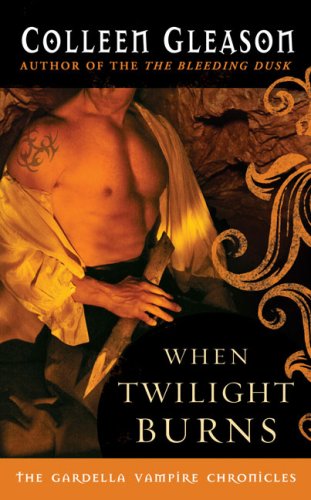 Gleason's weak fourth Gardella Vampire novel (after 2008's ) focuses on romance to the detriment of action. After being bitten by master vampire Beauregard, vampire hunter Victoria Gardella Grantworth faces an uncertain fate. As the vampire blood in her system fights against her natural goodness, she becomes more selfish and cruel. Soon local law enforcement is blaming her for mysterious daytime vampire attacks. She's also torn (as before) between two men: Sebastian, Beauregard's descendant, who has now embraced his role as a vampire-hunting Venator, and former Venator Max, who gave up his powers to break the hold of vampire queen Lilith. The passionate love triangle can't quite carry the story, which lacks a strong plot and has no real sense of danger or tension. Readers more interested in Victoria's vampire hunting skills than in her romances will miss the excitement of earlier books.