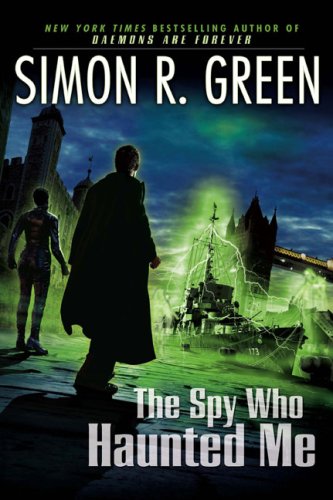 The Spy Who Haunted Me

Green’s bright, fast-paced third Eddie “Shaman Bond” Drood adventure (after 2008’s ) opens with rumors of a traitor undermining the Drood family’s efforts to guard humanity against paranormal and mystical threats. Complicating matters, legendary agent Arthur King is dying without an heir. Eddie joins a group of other agents in tackling King’s challenge: solve five of mankind’s greatest mysteries and learn King’s secrets, including the traitor’s name. Engaging, well-crafted quests take the team from Loch Ness to Roswell, where Eddie is forced to choose between saving humanity and recovering the information his family desperately needs. Though some supporting characters are clearly meant to be disposable, Eddie makes a likable hero, and fans will enjoy following him through this surprisingly complex mystery.