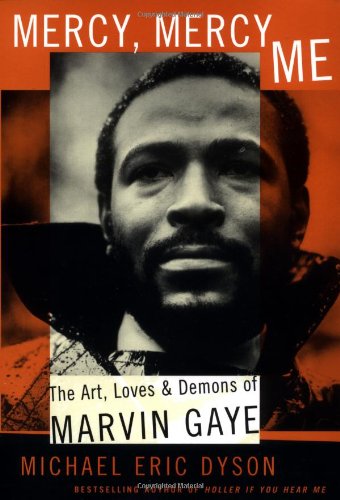 MERCY, MERCY ME: The Art, Loves & Demons of Marvin Gaye

Dyson, a leading figure in black studies who is as comfortable discussing Tupac as Malcolm and Martin, offers a "biocriticism" that reflects on the themes of Marvin Gaye's music and personal life. Too much of the analysis, however, relies on nitpicking earlier critics, often reduced to accusing 1970s record reviewers of not getting Gaye's genius. While his examination of the cultural significance of and follow-up albums is somewhat stronger, if not exactly revelatory, Dyson's ruminations hit shaky ground when he declares Gaye's shooting death at the hands of his father a suicidal acting out of an "Afroedipal" family drama. This queasy mixture of psychoanalytic theory and celebrity gossip undermines his narrative. Breaking with previous biographies, Dyson takes dubious assertions by a second-string Motown vocalist (contradicted by just about every reliable source) as proof Gaye had a sexual relationship with singing partner Tammi Terrell. At times, the writing is simply sloppy, contradicting itself from chapter to chapter and stretching out interviews until they trickle into irrelevancies. Dyson's personal fascination with the turbulent blend of spirituality and sexuality in Gaye's life and music is obvious, but it can't sustain an entire book. Though the mashing together of pop culture with gender and race studies is sure to score some points with academics and public intellectuals, it adds little of substance to Gaye's legacy as a musician.