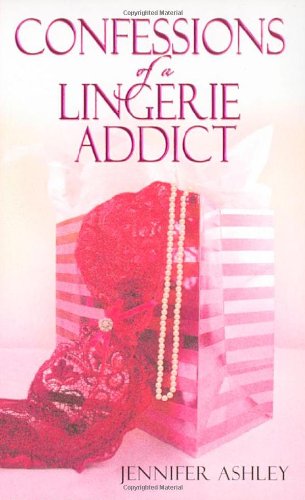 Confessions of a Lingerie Addict

A promising setup builds to a somewhat disappointing outcome in this first contemporary romance from Ashley, who's best known for her pirate romances (e.g., ; ). When Brenda Scott, a shy DJ at an unpopular San Diego radio station, gets dumped by her rich, controlling boyfriend, Larry, she comforts herself by downing martinis at a New Year's party. The next morning, she's shocked to find a stranger in her bed, but Nick, the man in question, dashes away before she can find out what occurred. Finally liberated from Larry, Brenda decides to trade in her full-coverage underwear for some scanty panties and a bold new personality. When she bumps into Nick again, she lands a second date with him. Later, she turns on the radio and learns that Nick is the new DJ at a rival station, where he sends out a song asking Brenda to call him back. She does return the call, over the air, starting a public flirtation that grabs all of San Diego's attention. Though her character is occasionally amusing, Brenda's transformation from a nervous girl into a sexy free spirit is predictable, as is the ensuing trouble that develops. The DJ rivalry adds some intensity to the romance, but it never really takes off.