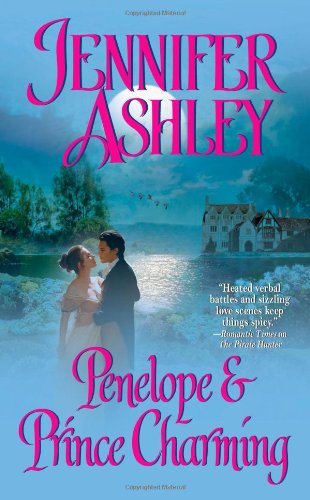 Unremarkable Penelope Trask has always loved fairy tales, but never expected to live one; unfortunately, Ashley's one-dimensional characters wouldn't do a nursery rhyme justice, much less this foray into fantasy romance. Everything changes for this ordinary young woman living in an ordinary 19th-century English village when Prince Damien Augustus Frederic Michel of the far-off kingdom Nvengaria rides into her life and claims an ancient prophecy naming her his princess. Naturally, there's a drawback: in order to fulfill the prophecy and regain control of his kingdom from a usurper, the prince must marry her immediately. Even more troubling, Penelope must travel alone with the brash Damien, whom she does not trust. The plot becomes increasingly fanciful en route to Nvengaria, as they encounter assassins, magic spells and an attack by a logosh—a shape-shifting half-human, half-beast. In the meantime, fueled by the prophecy's magic, passion between Penelope and Damien escalates—and escalates giving the story a pedestrian pace that suggests Ashley, known for her acclaimed Pirate series ( , etc.), has not yet shaken off her sea legs.