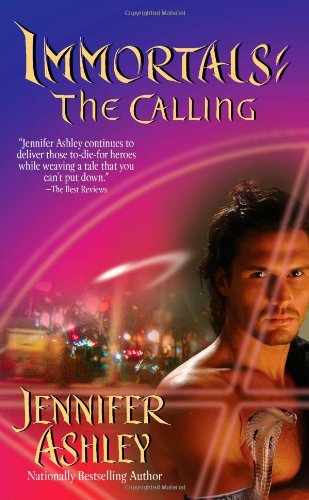 This drawn-out kickoff to a four-novel series follows Adrian, one of five immortal brothers who possess more power than any other creature in the universe and who fight to maintain the balance between dark magic and life magic in a modern fantasy world. When Adrian meets the tiger-eyed Amber Silverthorne, a witch full of strong life magic, a whirlwind romance and a world-saving quest ensues featuring a variety of sweltering loves scenes and sword-and-sorcery battles. When they aren't scorching the sheets, the pair hunt down a powerful demon who killed Amber's sister for unknown reasons. With the help of a vampire, a shape-shifting dragon, a werewolf and a Seattle detective, the two trek from Seattle to L.A., on to the Arctic and back, hoping to find answers, vengeance and possibly Adrian's brother, Tain, who's been missing for centuries. Though it would have benefited from a tighter plot, intriguing characters and a genuine sense of humanity pick up some of the slack, giving this promising series a stimulating first act.