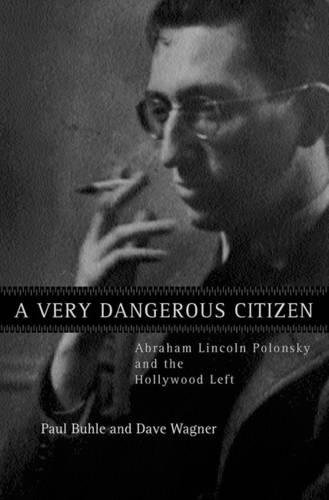 Called before the House Committee on Un-American Activities (HUAC) in 1951, Polonsky was called a "very dangerous citizen" by Illinois congressman Harold Velde. Blacklisted in Hollywood for refusing to inform on his political associates, this brilliant screenwriter lived a life that offers a unique window on the Cold War in Hollywood. Buhle () and Wagner have produced a fine biography of Polonsky (who wrote such classics as and ) that is also a visceral and engaging study of the Hollywood blacklist and its broader context: the 1950s right-wing backlash against progressive politics. Buhle and Wagner carefully detail Polonsky's actual leftist political activities (as opposed to the innuendo and misinformation that circulated in the HUAC) and map out the permutations of Polonsky's artistic career—from working with Gertrude Berg on to later work such as the 1969 . Sympathetic—the book is dedicated "To the Memory of the Blacklisted Generation"—without being hagiographic or dishonest about their subject's political ideas, Buhle and Wagner have written an exceedingly well-researched, nuanced and highly informative biography and social history. It's a welcome addition not only to film literature but to the political history of the 1950s. 18 b&w photos.