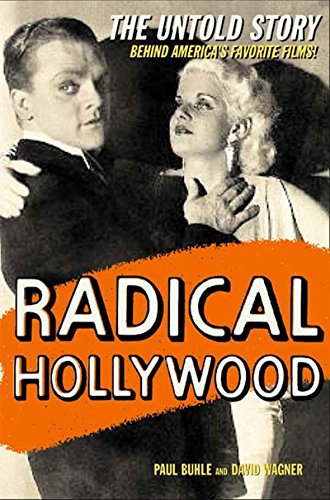 Hollywood and politics have always had a complicated relationship that changes decade by decade (seen as too liberal last year, Tinseltown is now being courted by Beltway bigwigs to produce patriotic entertainment), and this groundbreaking account of leftist influence in Hollywood from the 1920s to the '50s is an intelligent, well argued and absorbing examination of how politics and art can make startling and often strange bedfellows. Buhle and Wagner () mix exhaustive research and political acumen to produce a detailed analysis of progressive politics in the work of writers, producers, directors and actors. While the book is generously studded with often startling examples (e.g., the 1940s Hopalong Cassidy films written by Michael Wilson were replete with leftist political messages), its real force derives from the authors' astute and judicious untangling of the complicated webs of relationships, politics and economics that produced some of the most important films and genres of the period. From the anticapitalist themes of gangster films such as 1931's and the explicit—and, for its time, shocking—antilynching message that screenwriter Hugo Butler inserted in Mickey Rooney's 1938 to the underlying class-struggle implications of film noir and the proletarian subtext of (1939), Buhle and Wagner examine not only the political beliefs of the artists but the ever-shifting political contexts in which they functioned. This is one of the few complete and cohesive histories of the history of progressives in Hollywood and is an important contribution to the literature of film and politics. B&w photos.