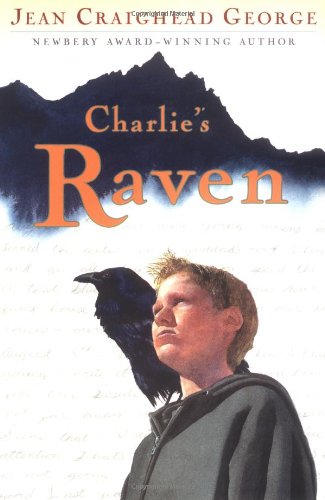 Fans of and will embrace this heartfelt addition to George's repertoire of nature-themed novels. Here the author weaves threads of Native American lore and scientific fact into a moving story set in the Grand Teton Mountains about a boy and a raven. After hearing from Singing Bird, his Native American friend, that "ravens could cure people," 13-year-old Charlie captures a nestling and presents the baby bird to his ailing grandfather, a naturalist. Granddad takes an immediate interest in the tiny raven, whom Charlie names Blue Sky, and encourages his grandson to conduct a study of the bird. Charlie's quest to learn whether "ravens are good" (as his friend Singing Bird believes), "bad" (as neighbor Mr. Spinder insists)—or just plain mysterious—leads him to make some unexpected and profound discoveries about nature. Charlie's irrepressible curiosity forms a poignant contrast with his aging grandfather's quiet wisdom. Blue Sky's unpredictable antics add suspense and humor to the story. Readers will come away from this book inspired to take a closer look at their environment in order to find the kind of unexplainable wonders that Charlie observes during his study of Blue Sky. Ages 9-up.