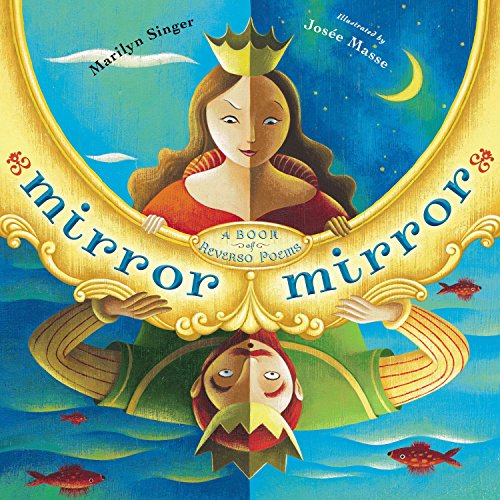 Singer uses “reverso” poems, a form of her creation, to show that there are two sides to every fairy tale (the poems can be read backward and forward). On each page, two poems appear, one an inversion of the other with minor changes in punctuation. In “In the Hood,” Little Red Riding Hood’s poem ends: “But a girl/ mustn’t dawdle./ After all, Grandma’s waiting,” while the wolf’s poem begins: “After all, Grandma’s waiting,/ mustn’t dawdle.../ But a girl!” Masse’s clever compositions play with symmetry (in “Longing for Beauty,” Beauty and the Beast appear as one being, split in half, her tresses echoing his fur), bringing this smart concept to its fullest effect. Ages 6–up.