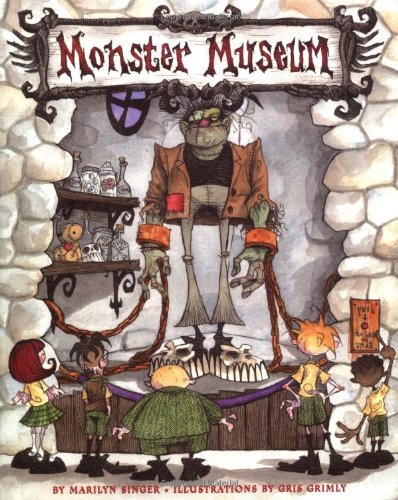 To the rollicking beat of Singer's () absurd poems, children trail an undead docent through a "monster museum" where the exhibits are wax replicas... or are they? The visitors see Frankenstein's creation ("I'm called Frankenstein,/ but it's name, not mine"), the Blob and "Those mixed-up beasts from ancient Greece: the chimera, the cockatrice." Grimly, a Charles Addams devotee, packs the spreads with frantic activity that rewards sharp eyes; on the tour, sneaky things ambush museum-goers. Among the season's best creature features. Ages 5-9.